Windows XP has been tremendously popular, but support for the 11-year-old operating system is waning. The next Photoshop will require Windows 7 or later.

Microsoft released Windows XP in 2001, and Adobe said today that the current CS6 version of Photoshop will be the last one to support the operating system. 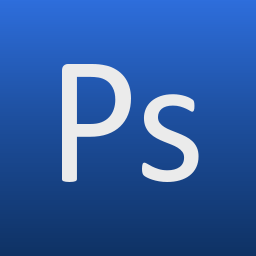 “The Photoshop team would like to provide advanced notice that Photoshop CS6 (13.0) will be the last major version of Photoshop to support Windows XP,” Adobe Product Manager Tom Hogarty said in a blog post.

The reason, he said, is that modern performance-sensitive software requires modern hardware graphics interfaces that Windows XP lacks, in particular a way to tap into the power of graphics processing units (GPUs):

“Leveraging advances available on newer operating systems and hardware allows us to deliver significantly better performance, and focus our innovation efforts around the areas of the greatest benefit to our customers.”

“Photoshop CS6 already demonstrates that relying on a modern operating system, graphics cards/GPUs and graphics drivers can lead to substantial improvements in 3D, Blur Gallery and Lighting Effect features not available to Windows XP customers. The team hopes that by providing this information early it will help you understand our current decisions around operating system support and where we we’re headed with future releases of Photoshop. We encourage all customers who are currently using Windows XP to begin making their migration plans now so they can fully take advantage of future Photoshop innovations as soon as they are available.”

Adobe will provide bug fixes to the current CS6 version, he said. Adobe has added a new Creative Cloud subscription option for the entire Creative Suite 6 and other software, for which customers pay $50 per month with an annual commitment, and one of its perks is that new features slated for CS7 will arrive as soon as Adobe is done with them. Those new features also won’t come to Windows XP users, Hogarty said.

There are still millions of Windows XP users in the world, but the tide is starting to turn. Windows 7 just overtook Windows XP in Net Applications’ monitoring of Internet site usage, for example.