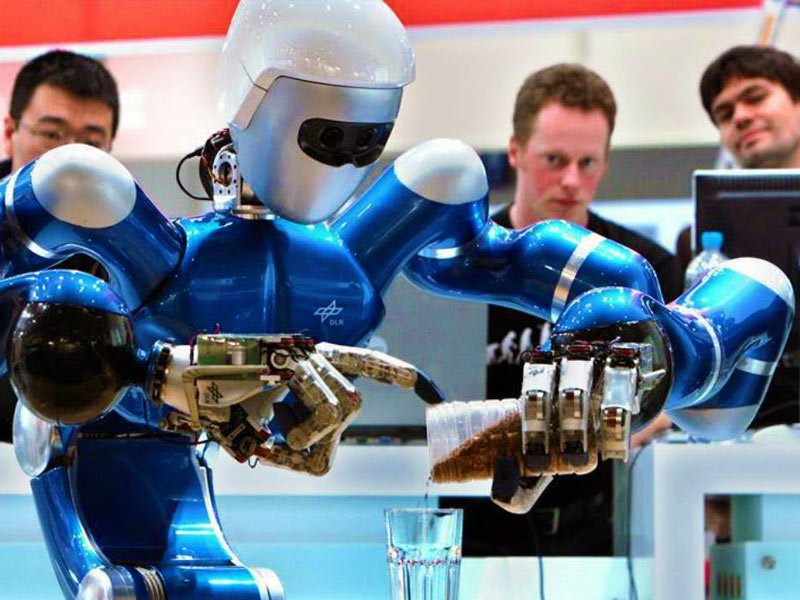 This cocktail swirling robot will most likely be the life of the party. And, obviously, its favorite drink is a screwdriver.

Sometimes getting that right ratio of tequila, triple sec, and lime for a margarita can be difficult. So, why not leave it in the hands, ahem algorithms, of a robot?

Enter Monsieur — a robotic bartender introduced at TechCrunch Disrupt on Tuesday. The creators of Monsieur are marketing the machine as an “artificially intelligent” robot that “makes great tasting cocktails that keep people happy and businesses profitable.”

The idea is for businesses or party-throwers to install Monsieur at the bar and then users can order drinks using an iOS or Android app on their smartphone. Monsieur comes filled with 300 different cocktail recipes, theme packages (think tiki bar or Irish pub), cocktail history, and ability to take suggestions. Also, the robot can learn users’ tastes and make “intelligent recommendations” for cocktail orders.

While novel, bartending, robots are not necessarily a new invention. An event dubbed BarBot has been going on for years; it’s where startups debut different kinds of cocktail-creating bots. And, in May, MIT’s Senseable City Lab debuted a robotic libation-creator called Makr Shakr that also works with smartphone apps and mixes up…

Read More: Toss one back with Monsieur, the robotic bartender