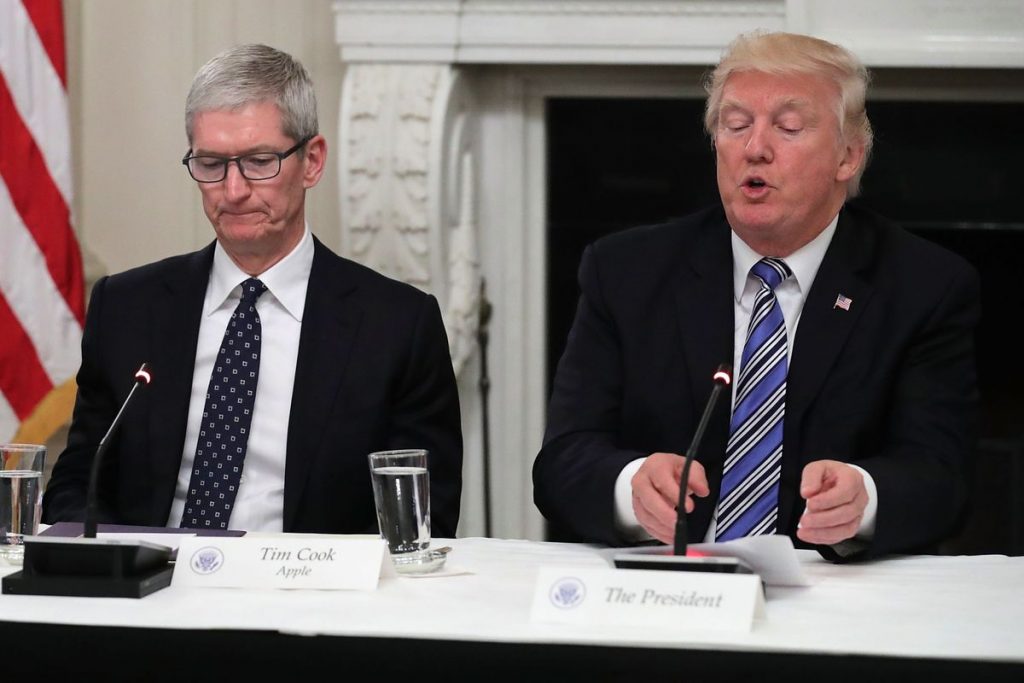 The president has to remember a lot of names! Some he remembers, some he forgets. But we will never forget today in the Year of Our Lord 2019 when President Trump called Apple CEO Tim Cook “Tim Apple.”

Maybe we’re just losing our minds waiting for a good meme, but there’s something relentlessly good and pure about calling the executive formerly known as Tim Cook “Tim Apple.” Tim Cook: Great guy, great phones. Tim Apple though? Man, where do we start!

In the video from Cook’s appearance with the American Workforce Policy Advisory Board, Trump invents Tim Apple at 1:03 before launching into a tirade on unspecified murders in Mexico.

“You’ve really put a great investment in our country. We really appreciate it very much, Tim Apple,” Trump said.

As the Verge pointed out, Trump once called Lockheed Martin’s CEO “Marillyn Lockheed,” which is fine, but not good and pure like Tim Apple.

For evidence that Trump in fact knows the “true” identity of Tim Apple, you can rewind to 40:43 when he calls the Apple chief executive “Tim Cook” (his old name). Usually it’s cheap to give someone a hard time for forgetting a name or making a minor mistake in extemporaneous speech. But Tim Apple is so much more…